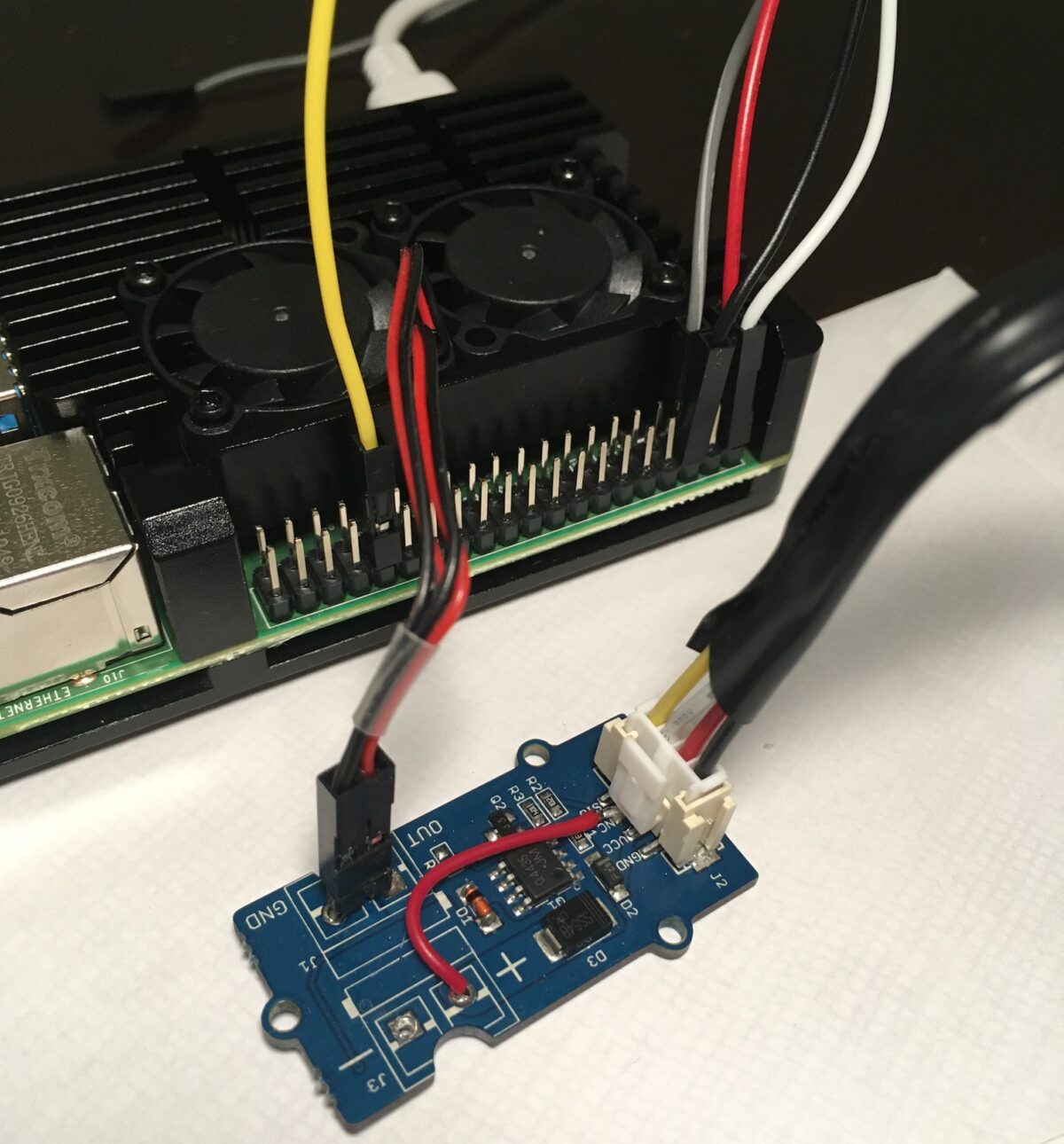 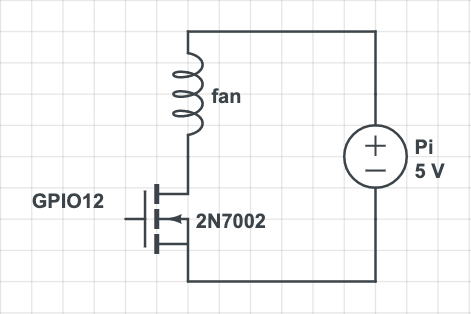 The fan acts like an inductor, which means that there can be voltage spikes when we attempt to turn it off by cutting the voltage to the transistor but it keeps rotating due to inertia. We can eliminate this by introducing a flyback diode in parallel with the fans. 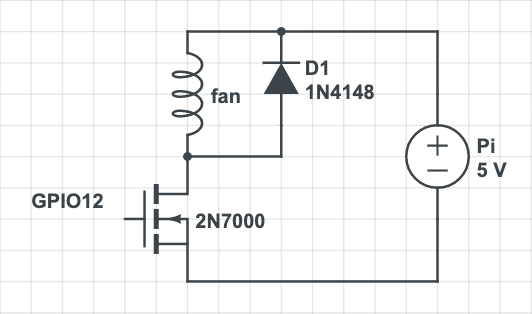 The gate acts like a capacitor, which means there can be an “in-rush” current when it first charges. Placing a resistor between the GPIO and the gate keeps this current from reaching levels that would damage the Pi. 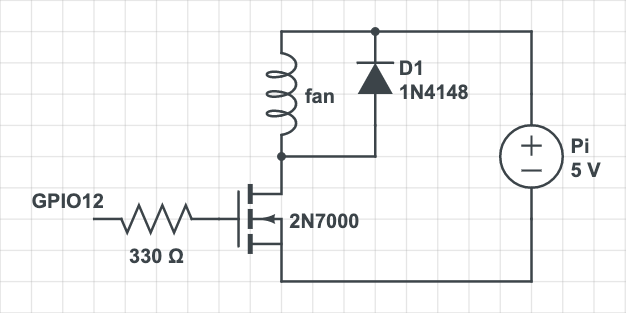 When testing with sources other than the Pi’s GPIO, it’s useful to pull the MOSFET’s gate to ground. Without this, even after disconnecting the signal to the gate, the capacitance within the MOSFET will keep the fan connected to ground and the fan will continue to run.

This isn’t actually a big deal once the Pi has booted, because the Pi provides the equivalent when GPIO12 is driven low. 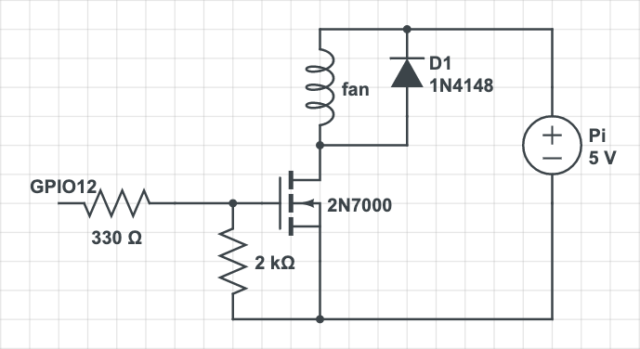 None of the specifications I’ve found for the case hardware mention what the power consumption of the fans is. Connecting them up to a 5V power supply, I measured the current at about 200mA (for both fans running simultaneously in parallel). However, when I tried wiring them up with a 2N7000 N-channel MOSFET (with the gate driven at 3.3V) as suggested in the gpio-fan overlay source, they strained but couldn’t get started. The transistor was certainly “on”: I measured 5V across the fans, and 3.3V will saturate the 2N7000 according to the datasheet.

However, after reading into the graphs on the datasheet, I found the transistor will only allow about 100mA drain-source current at these voltages! The gate needs to be driven much higher (at say 5V) for the fans to get the 200mA they need… one 2N7000 transistor is not enough! 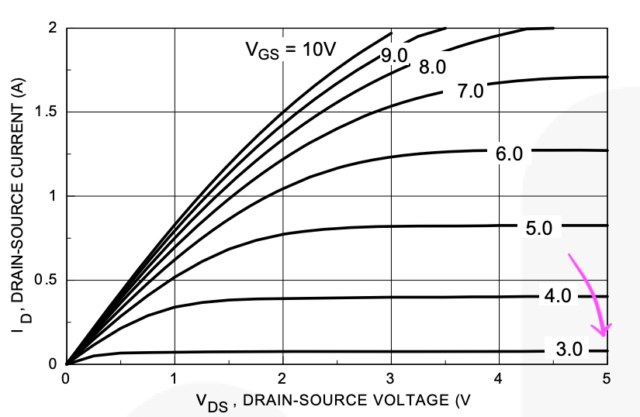 While I could have built a more complex circuit by using a second transistor to use the 3.3V GPIO to switch 5V to the MOSFET gate, instead I ended up using a Grove MOSFET v1.1 module which already had all these improvements. Jim replaced the screw-in terminal blocks with 0.1″-pitch pins (for the existing fan plug) and re-used the spare lead in the Grover connector for the 5V source. This is a lot more compact than a breadboard with a bunch of large components on it, and works great!